Johan Tahon was born in Menen (Menin) in 1965, lives and works in Zwalm and Oudenaarde (Belgium) and in Iznik (Turkey). He studied sculpture at the Ghent Royal Academy of Fine Arts. Since 1994 Johan Tahon exposes his work on regular basis in Belgium as well as abroad. After several studio shows, he had his first breakthrough when he participated in the exhibition ?De Rode Poort? in the Ghent Museum of Contemporary Art in 1996. Another milestone was his contribution in 1998 to the group exhibitions ?Voor het verdwijnt en daarna ? S.M.A.K. in de Poëziezomer van Watou with curator Jan Hoet and the annual EV+A event in St Mary?s Cathedral in Limerick (IRL). Meanwhile his works were exposed at prominent museums as the S.M.A.K. (Ghent), MuHKA (Antwerp), the PMMK (Ostend), IKOB (Eupen), the Stedelijk Museum (Amsterdam), the GEM (Den Haag), major exhibitions as Beaufort (Ostend) and the Lustwarande (Tilburg) at Galeries as Galerie Artist in Istanbul and Berlin, Galerie Maurits Van de Laar (The Hague) and places as the Ministry of Finance (The Hague), the Academia Belgica (Rome), the Kennedy Center for the Performing Arts (Washington DC). 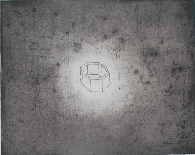