Kenor (Barcelona, 1976) is known world-wide for his vibrant geometric abstract work, that distinguishes him in the urban art arena together with his ability to translate techno beats into a dynamic, shimmering composition of colors, beams and electrifying rays of light. Kenor began painting in the 1990s, as a result of watching Barcelona?s decaying landscape and his fascination for the walls - their skins, their textures - and the connection with people and their social background. He grew up between the contrast of the urban surroundings of a large city and the valleys of the south of Spain, where his family originally comes from, a mix that is an infinite source of inspiration and which could explain his eclectic yet organic mix of rhythm and aesthetics. Thanks to his first actions in the 90s, Kenor is recognized as one of the European pioneers of the new "Abstract Graffiti" scene on trains, together with Boris "Delta" Tellegen in Nederlands and Vania, Onet and Foe in France. He is a multidisciplinary artist, muralist and sculptor seeking to transform the urban landscape with brightly colored abstract forms adapting his lively pieces into any surface and context. The artist is a born performer - his bright and energetic art works are a consequence of his own burning energy. Music has a fundamental role in Kenor?s life: the artist has the ability to visually interpret musical vibrations, transforming electronic music?s notes and moods into spatial compositions. In 2012 in Los Angeles he participated to the first group show Graffuturism, curated by Poesia, the founder of the movement: an exhibition that united artists taking off in new hybrid directions that were not based on pure graffiti traditions, such as Carlos Mare, Doze Green and Futura 2000, and the second generation who started to formulate their progressive abstract aesthetics, such as Erosie, Sat One and Augustine Kofie. In 2015 he presented in Paris a disruptive exhibition "Polythmic Beats" curated by Fabien Hulin, accompanied by an extensive book that analyzed a decade of work, with an introduction by Rafael Schacter. He realized installations at Barcelona Caixaforum, Paris Grand Palais, Milan Leonardo Da Vinci Museum and he has been featured 3 times in the Graffiti Art Magazine Urban Contemporary Art Guide. His investigation on the movement, brought him to collaborate with the Formula 1 pilot Felipe Massa and to paint, first worldwide, a whole metro train circulating in Kiev. 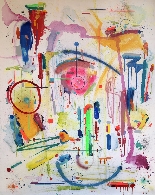 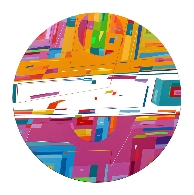 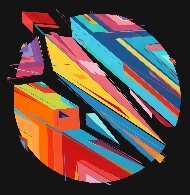 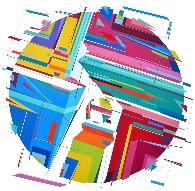 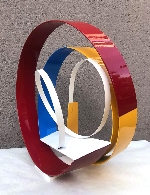